As part of the greater LibrePlanet 2014 festivities, Deb Nicholson organized the first SpinachCon at Industry Lab in Cambridge MA, sponsored by the Open Invention Network.

“What the heck is a SpinachCon?” you may ask. Well, the idea is that there are free software projects that have niggling usability issues. Like pointing out to a friend that they have spinach stuck in their teeth, SpinachCon is an event where free software fans can show up and let the participating free software projects know whether or not they have ‘spinach in their teeth,’ and between what teeth that spinach might be. 🙂 It’s basically a fun and informal free software usability testing session open to anyone who would like to drop by and help out by testing software. 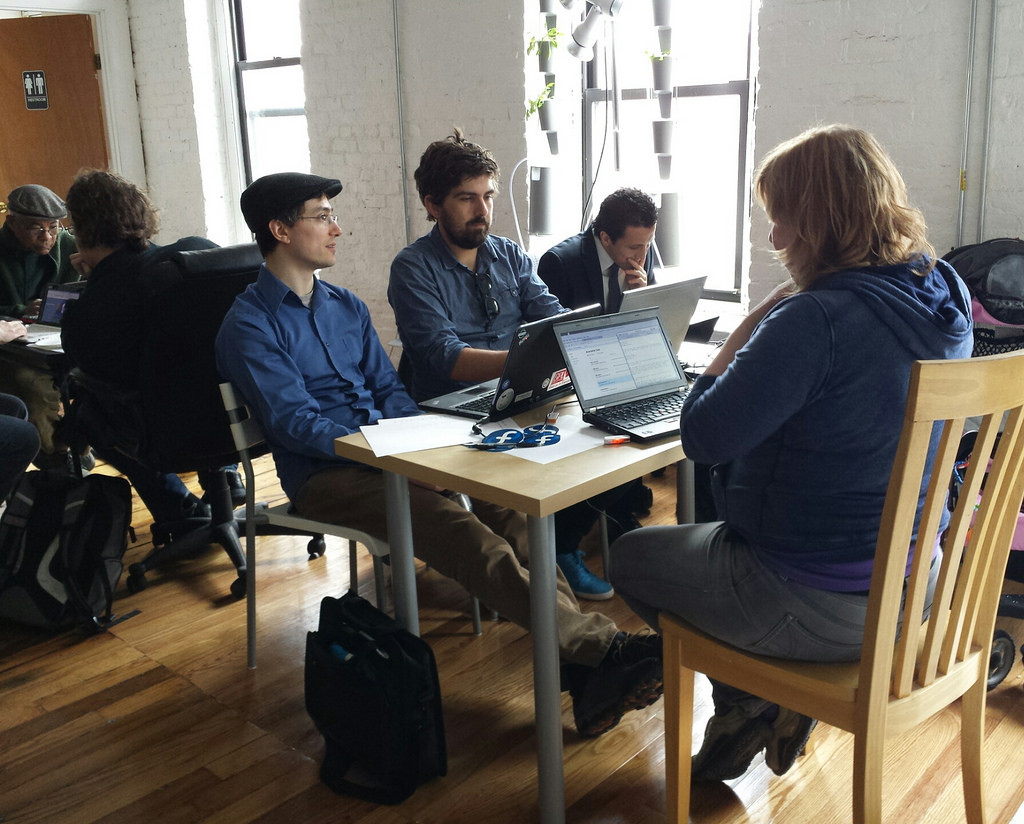 SpinachCon was 5 hours long, from noon until 5 PM the Friday before LibrePlanet. Each project had its own table. Ryan and I brought laptops that we set up on the Hyperkitty table, open and logged in as me to the Fedora’s Hyperkitty test server. Deb provided user questionnaire sheets that we stacked on the table, and I had also written out a set of six tasks for users to complete during their testing. I transcribed those into a text file in gedit, and we used USB sticks that Deb brought to transfer the file to the other laptop. We kept the gedit buffer open on each laptop.
Lunch was generously provided by the Open Invention Network, so we both grabbed some pizza and salad and let Deb know when we were ready for our first testers after we finished eating. We had a steady stream of testers throughout the entire length of the event.
Our per-user workflow was as follows:

Ideas for Running a Smoother Test Next SpinachCon

Based on some of our goofs / mishaps this time around, here are some suggestions for the next time we go to SpinachCon – please feel free to use these to prepare your project for SpinachCon in the future! 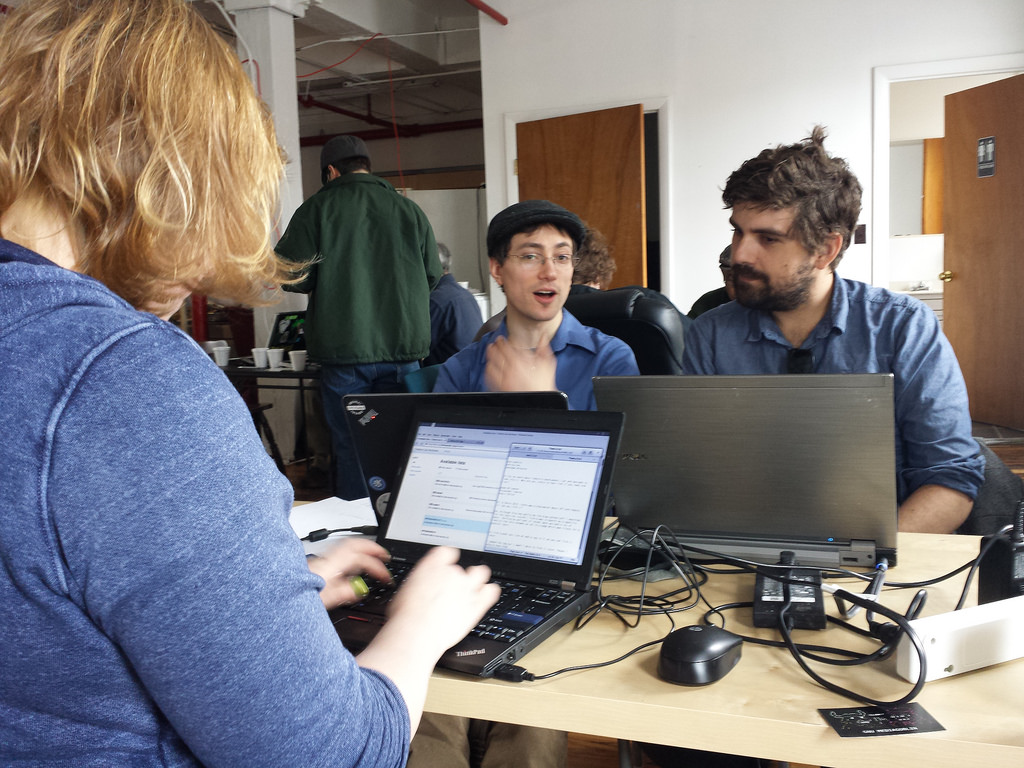 What were the tasks for Hyperkitty?

Ooh! Do you want to try at home and let us know how you did? You know, that would be quite lovely! Anyhow, here’s the list of tasks:

If you’d like to play at home, visit lists.stg.fedoraproject.org and let us know how you did in the comments!

So, what did you learn about Hyperkitty?

Our full test results, including the full text from the user’s task notes buffers as well as the user questionnaires (listed in full per user as well as across user per question), are available on the Hyperkitty trac wiki:

At a high-level, we drew a few pretty strong conclusions from the testing experience:
1. Hyperkitty’s search needs more work.
Only 1 of the 8 testers was able to find the GPT posting from March 2012 in task #4! Suggestions the users offered here included:

2. The users enjoyed Hyperkitty’s look and feel.
Multiple testers asked me about how to set up Hyperkitty for their own usage after completing the test. Hyperkitty earned the following average user ratings on the user questionnaire:

3. The left-hand nav / filters for the mailing list overview weren’t visible to users.
Only one of the 8 testers discovered the left nav on the hyperkitty list overview that would have allowed them to sort the lists by popularity (making task #2 super-easy!)
4. Users didn’t seem to notice the search box.
Only a few of the users noticed the search box. Most users, while on the devel list overview page, noticed the year/month listings in the left nav and clicked to March 2012 when completing task #4. Only a few tried to use search, and most only after browsing to March 2012 first.
5. Tagging needs more work.
Aaron, one of our testers, had a lot of interesting thoughts on making tags useful. For example, we should suggest tags already in use in the system (maybe via tag cloud, maybe via some other mechanism) to prevent users coming up with different tags for the same thing (or at least, preventing that as much as possible.) Some of the users also had a hard time finding the tags – they are associated with threads, not individual posts, so they are on the right-hand side of the thread view. Another issue that came up – some users weren’t sure if the tags were for their own personal usage or if they were viewable to everyone in the system. (The latter is the case!)

Overall we got a ton of great ideas, feedback, and information from SpinachCon, and it was a really valuable experience. Deb mentioned we may be doing another SpinachCon in the Boston area later this spring; I am totally excited to bring Hyperkitty to SpinachCon again then!
BTW, here’s a screenshot of how Hyperkitty looked to testers, for posterity / comparisons at the next SpinachCon:

Thank you the Open Invention Network for sponsoring such a great event!

A New Logo for Hyperkitty