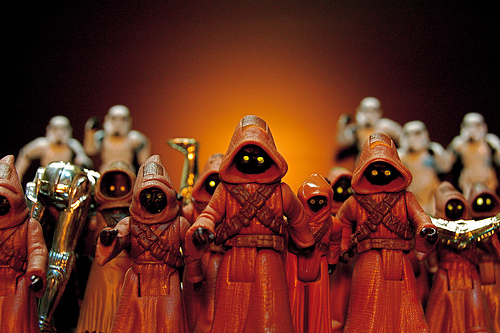 I come from a background strongly focused on communication; my Human-Computer Interaction masters’ degree was out of RPI’s Language, Literature, and Communication Department and my coursework was built on language, literature, and communication as a foundation to understanding newer digital communication methods. I may be biased, then, in thinking a lot of the angst (E.g., It’s Scary to Join an Open Source Project, Customer Support, The Simon Cowell Way, Channels for Community Communications) around getting things done in free software is coming to a crescendo because our tools for basic communication are not serving us well as we scale larger, and fixing that problem has massive potential to better the free software community.
Two years ago now (*sob*!) Luke Macken and I came up with some ideas for a web-based mailing list interface that would complement (not replace) mailing lists as they are today. We’re both pretty busy though and have had a ton of projects we needed to work on for our jobs, so neither of us have really done much with it since then. However, the post is one of the most widely-referenced and popular posts on my blog – maybe a good indicator of an idea worthy of time investment. Honestly, I really really want it to happen, and occasionally have wonderful dreams about it that make waking up to the reality of mailing lists a bummer.

So, over the past couple of weeks my team has been devising a plan for what we’ll work on over the next year, and fixing mailing lists made the cut! 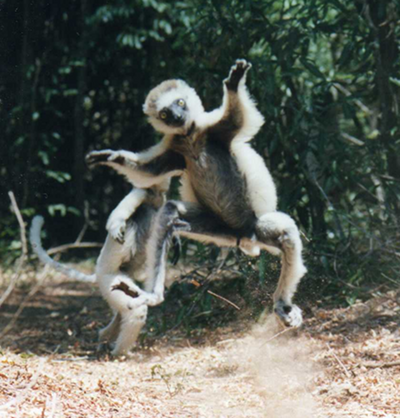 I feel good…!!! by Lenora Enking on Flickr (Used under a CC-BY-SA 2.0 license.)
So, expect to see some more mockups and workflows for a potential mailman archive web interface revamp, then. 🙂 Pingou and Toshio are on-board as well and have started talking to Barry and the mailman developers who are in the planning stages right now of a revamped webui for list archives. We’re very early stages in discussion right now.
I recently joined the mailman-developers mailing list, joined #mailman on freenode, and set up a an area on the fedora-ux git repo to start throwing out UI ideas for it. I’ll make blog posts about this project under the Mailing List Improvements category.

Okay, Here’s Something to Look At 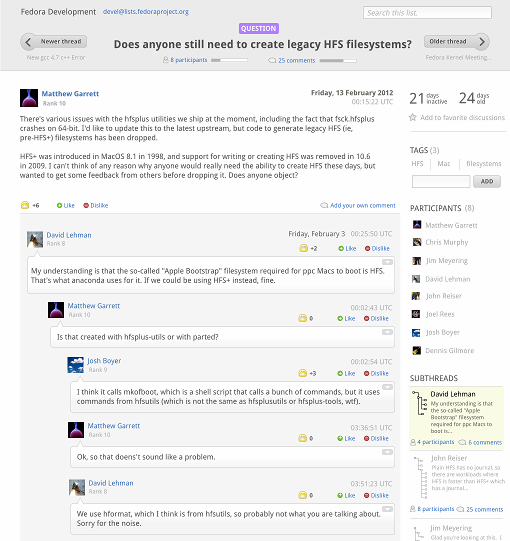 Click on it. It’s 7,750 pixels tall. Probably the longest mockup I’ve ever made. It’s really just a rough idea of what a view of a single, real-life fedora-devel thread might look like in a mailman web UI. There is nothing here that is wedded / married to anybody or anything, so please blow away. The visual design could stay or go. Maybe we could support different visual styles for different communities.
Please leave comments here in the blog comments if you’ve got any feedback / advice on this. Does it seem like something that would be natural to interact with? Here’s some notes on it with some questions for you, thanks to some good questions / comments on identi.ca, on Twitter (the thread is really broken on their webui though. Twitter: 0 Identi.ca: 1), and in #fedora-apps today:

Some ideas mockup-wise I’ve got in the queue to explore for this: 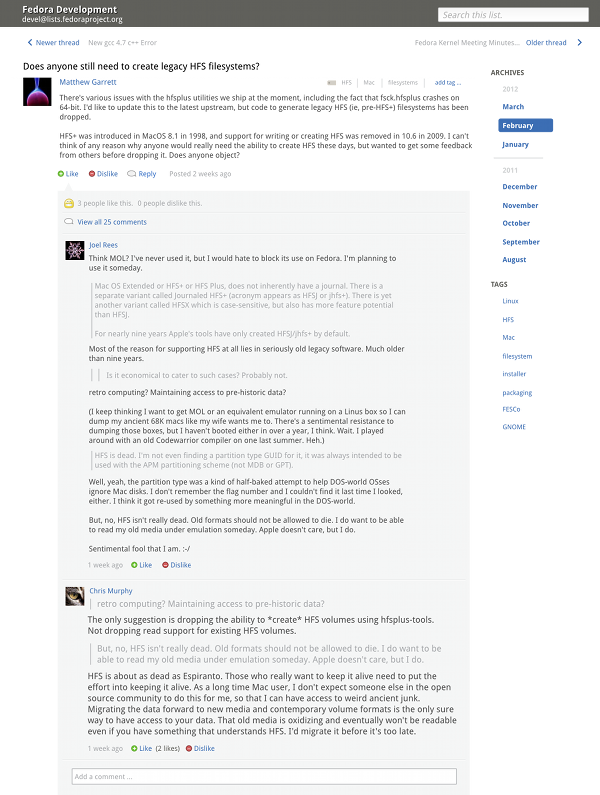 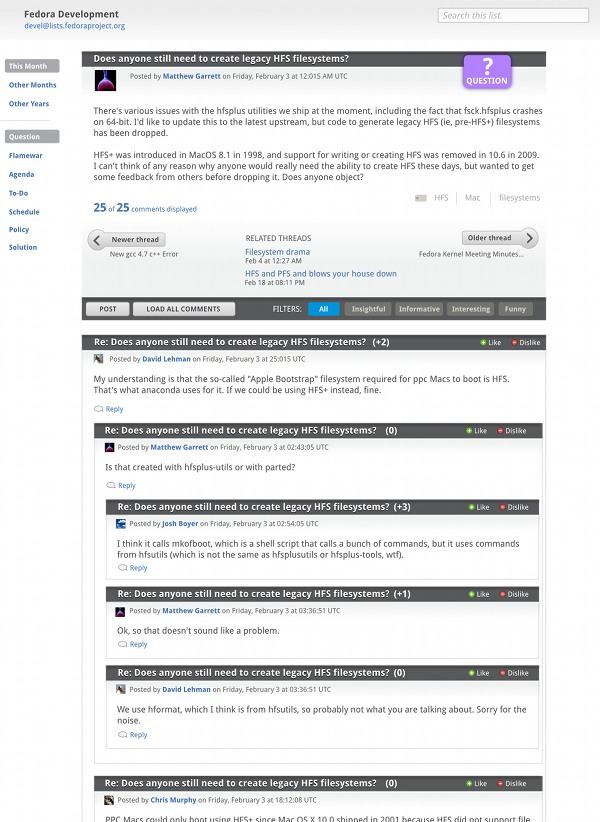 If you want to work with me on the mockups, you can grab the source files from my web checkout of the repo and you could even check stuff into the fedora-ux git repo if you’re a member of fedora-ux in the Fedora account system. (Let me know if you want to join) 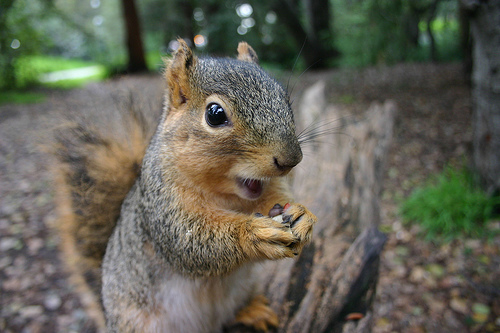 lively conversation by Kai Schreiber on Flickr (Used under a CC-BY-SA 2.0 license.)
Well, what do you think? Go nuts in the comments.
UPDATED
(Added a couple more variations on the mockup style to illustrate how we could provide different themes.)

Return of the son of the panda badger