Ryan Lerch put together an initial cut at a Flock 2017 logo and website design (flock2017-WIP branch of fedora-websites). It was an initial cut he offered for me to play with; in trying to work on some logistics for Flock to make sure things happen on time I felt locking in on a final logo design would be helpful at this point.
Here is the initial cut of the top part of the website with the first draft logo:

Overall, this is very Cape Cod. Ryan created a beautiful piece of work in the landscape illustration and the overall palette. Honestly, this would work fine as-is, but there were a few points of critique for the logo specifically that I decided to explore –

So here were the first couple of iterations I played with (B,C) based on Ryan’s design (A), but trying to take into account the critique / ideas above, with an illustration I created of the Lewis Bay lighthouse (the closest to the conference site):

I posted this to Twitter and Mastodon, and got a ton of very useful feedback. The main points I took away:

So here’s the next round; things I tried:

One more round, based on further helpful Mastodon feedback. You can see some play with fonts and mashing up elements from other iterations together based on folks’ suggestions:

I have a few favorites. Maybe you do too. I’m not sure which to go with yet – I have been staring at these too long for today. I did some quick mockups of how they look in the website: 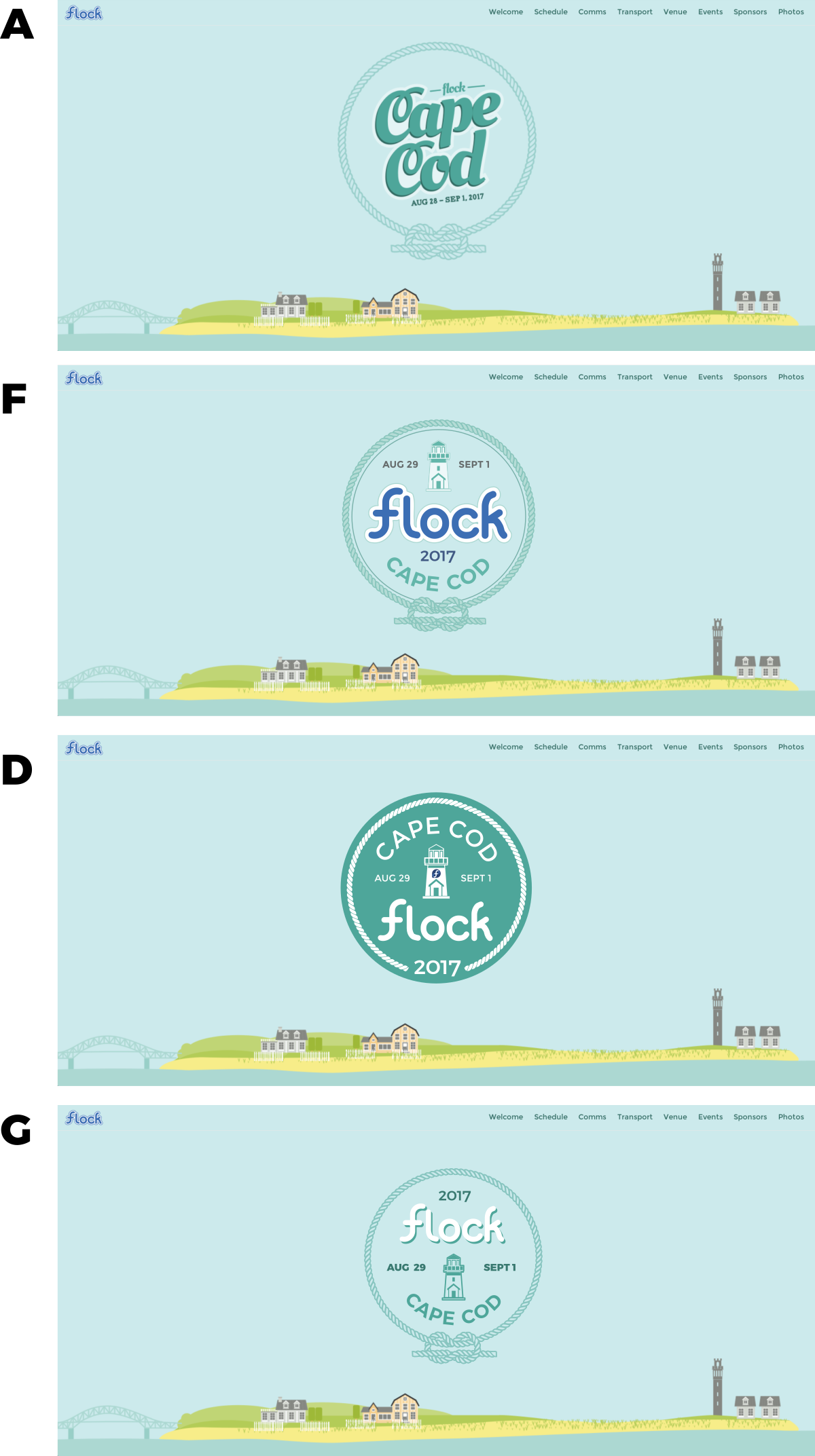 I’ll probably sit on this and come back with fresh eyes later. I’m happy for any / all feedback in the comments here!