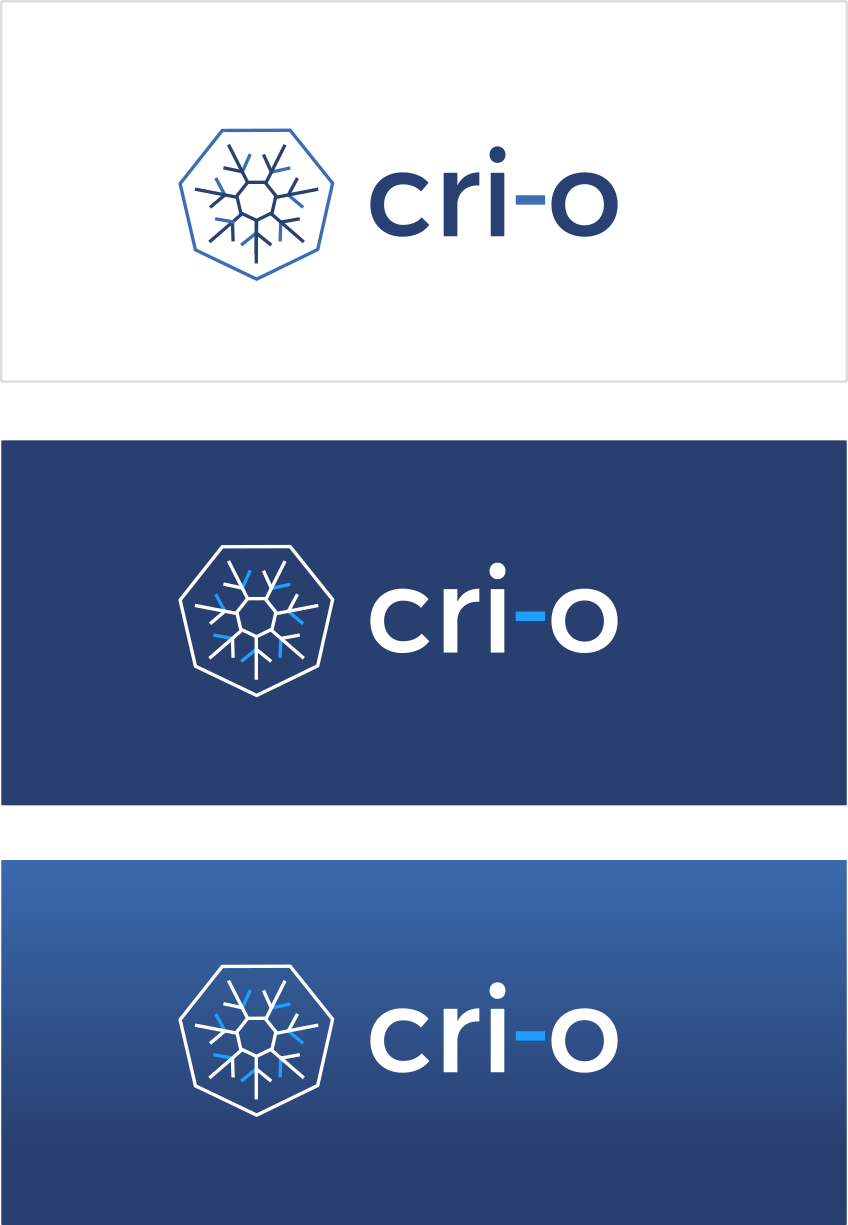 Dan Walsh recently asked me if I could come up with a logo for a project he is involved with – cri-o.
The “cri” of cri-o stands for Container Runtime Interface. The CRI is a different project – the CRI is an API between Kubernetes (container orchestration) and various container runtimes. cri-o is a runtime – like rkt or Docker – that can run containers that are compliant with OCI (Open Containers Initiative) specification. (Some more info on this is here.)
Dan and Antonio suggested a couple of ideas at the outset:

So I had two initial ideas, riffing off of those:

I abandoned the iceberg idea and went through a lot of iterations of different snowflake shapes – there are so many ways to make a snowflake! I used the cloning feature in Inkscape to set up the first spoke, then cloned it to the other 6 spokes. I was able to tweak the shapes in the first spoke and have it affect all spokes simultaneously. (It’s a neat trick I should video blog one of these days.)
This is what I came up with:

I ended up on a pretty simple snowflake – I think it needs to be readable at small sizes, and while you can come up with some beautiful snowflake compositions in Inkscape, it’s easy to make snowflakes that are too elaborate and detailed to work well at a small size. The challenge was clarity at a small size as well as readability as a snowflake. The narrow-line drawing style seems to be pretty popular these days too.
The snowflake shape is encased in a 7-sided polygon (similar to the Kubernetes logo) – my thinking being the shape and narrowness of the line kind of make it looked like the snowflake is encased in ice (along the cryo initial idea.)
The dark blue color is a nod to the nautical theme; the bright blue highlight color is a nod to the cyro idea.
Completely symbolic, and maybe not in a clear / rational way, but I colored a little piece of each snowflake spoke using a blue highlight color, trying to make it look like those are individual pieces of the snowflake structure (eg the crystals == containers idea) getting deployed to create the larger snowflake.
Anyway! That is an idea for the cri-o logo. What do you think? Does it work for you? Do you have other, better ideas?