At FUDcon Berlin I started working on mockups to improve Anaconda’s UI with respect to advanced storage devices. E.g., fibre channel, iSCSI, multipath storage devices, etc. etc. etc. – storage devices beyond simple hard drives in your laptop or in your desktop system case. Right now there are a few concerns for working with these devices in Anaconda:

The Anaconda UI redesign mockup work is still in progress, but I’ve got a pretty good set of mockups for the first half of installation. If there are any multipath / other advanced storage device users out there, I would *love* to hear your feedback on these. Here’s a sampling to entice you to visit the full set of mockups: 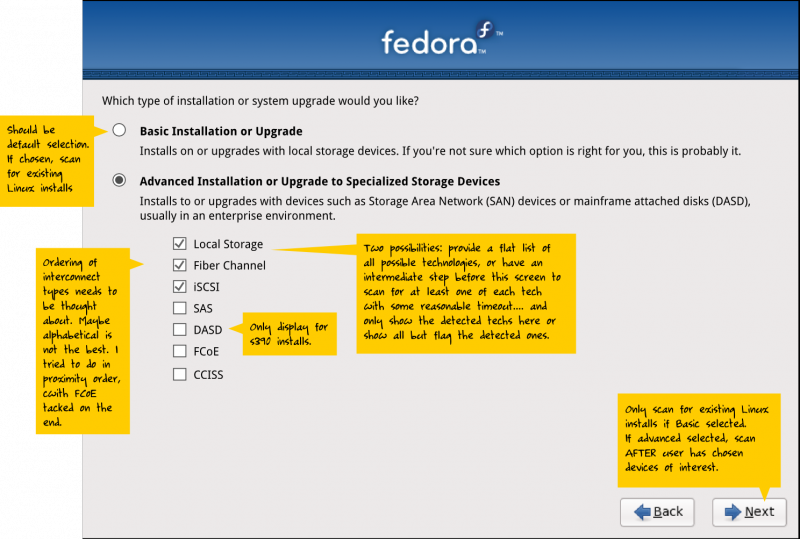 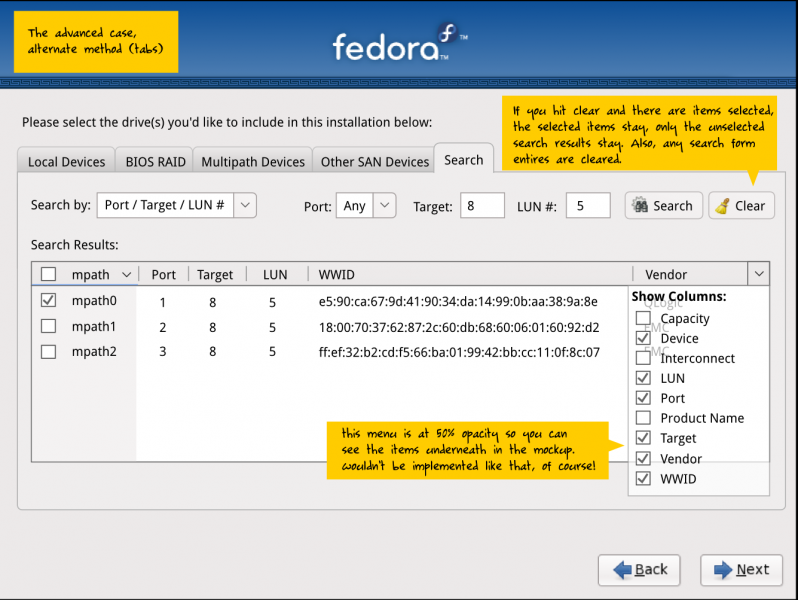 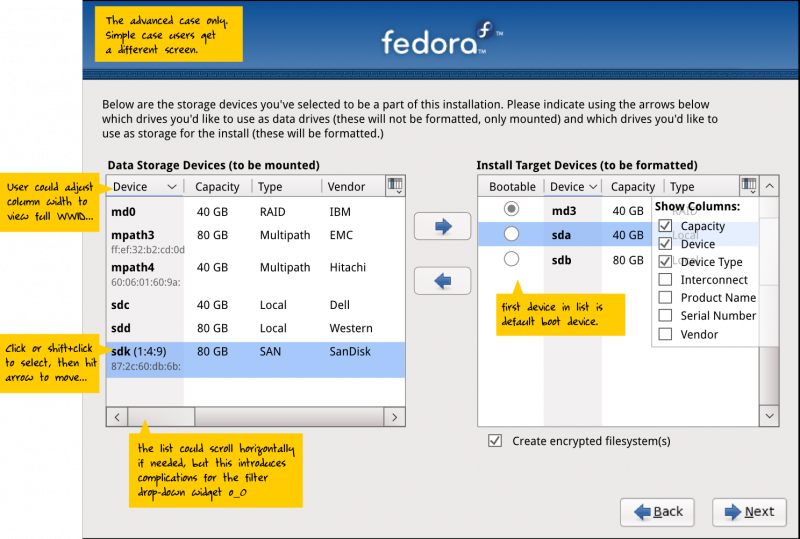 Contributing to free & open source software as a designer